The Obsidian Heart – a review 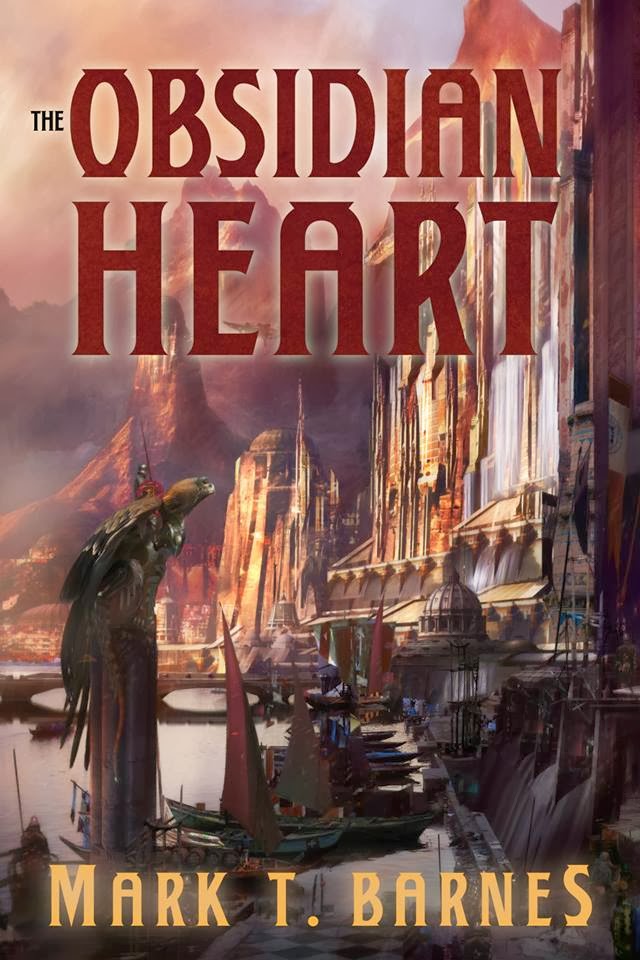 A plot to overthrow the Shrīanese Federation has been quashed, but the bloody rebellion is far from over…and the struggle to survive is just beginning.

Warrior-mage Indris grows weary in his failed attempts to thwart the political machinations of Corajidin, and faces the possibility of imprisonment upon his return to his homeland. Moreover, Indris’s desire for Corajidin’s daughter, Mari, is strong. Can he choose between his duty and his desire…and at what cost?

Left alienated from her House, Mari is torn between the opposing forces of her family and her country—especially now that she’s been offered the position of Knight-Colonel of the Feyassin, the elite royal guards whose legacy reaches back to the days of the Awakened Empire. As the tensions rise, she must decide if her future is with Indris, with her family, or in a direction not yet foreseen.

As he awaits trial for his crimes, Corajidin confronts the good and evil within himself. Does he seek redemption for his cruel deeds, or does he indebt himself further to the enigmatic forces that have promised him success, and granted him a reprieve from death? What is more important: his ambition, regaining the love stolen from him, or his soul?

As some of you may have noticed, I read a lot. Luckily most of the books I pick up I enjoy. If I’m not enjoying them I put them down very quickly. There are too many books waiting to be read to waste time on those that just don’t ‘do it’ for you.

Within a page of starting Gardens of Stone (Book One in the Echoes of Empire series) I knew that I was going to enjoy Mark Barnes work, I even had a sneaking suspicion that he’d push his way into the upper echelons of those authors I rate as amazing.

The Obsidian Heart is the second book in the Echoes of Empire series and where GoS was a lot of world building and furious velocity that drops the reader into the middle of a war zone at the story’s start (a la Steven Erikson) OH slows the pace and turns from the blood soaked fields of physical battle to the Machiavellian backstabbing, plotting and jockeying for position that is the battlefield of politics.

Ever building, Barnes leads the reader through the exotically beautiful capital of Shrian and the deadly power play of the Great Houses, while plying us with hints of the rich history of one of the most magnificently realised worlds I’ve had the pleasure to read. In fact my admiration of his creation wars with a jealousy that I didn’t think of it first!

With cat-like grace the arch-villain Corajidin (Barnes insists he’s not a typical villain, just ‘misunderstood’ – but he’s the bad guy) manages to twist in mid-air during his fall from grace to land on his feet and continue his relentless quest for supreme power while our hero Indris becomes reluctantly embroiled in the serpentine intrigues of the Sēq Order of Scholars, an order he walked away from years ago. His growing powers and the mysterious of period of time that is missing from his memories, flags him as both a threat and an opportunity to those Masters of his former Order who seek to return to a power and prestige they have not held for centuries.

This is a book that is fit to bursting with all the things I love in fantasy. Epic history and world building, rich and elegant prose and a pushing of the boundaries of creativity that take it from being a pastiche of stronger and more well realised works and puts it up there beside them. In two novels Mark Barnes has revealed a tremendous vein of authorial gold, and what’s even more exciting is that he has only just begun to tap it. I am positive his undoubted talent will bear riches for many many more stories, not least the next book in this trilogy.

Now I just have to wait until May 2014 for book three, Pillars of Sand – and even longer for the stories he’s currently writing and teasing me with messages about! This Australian author is definitely one to watch.