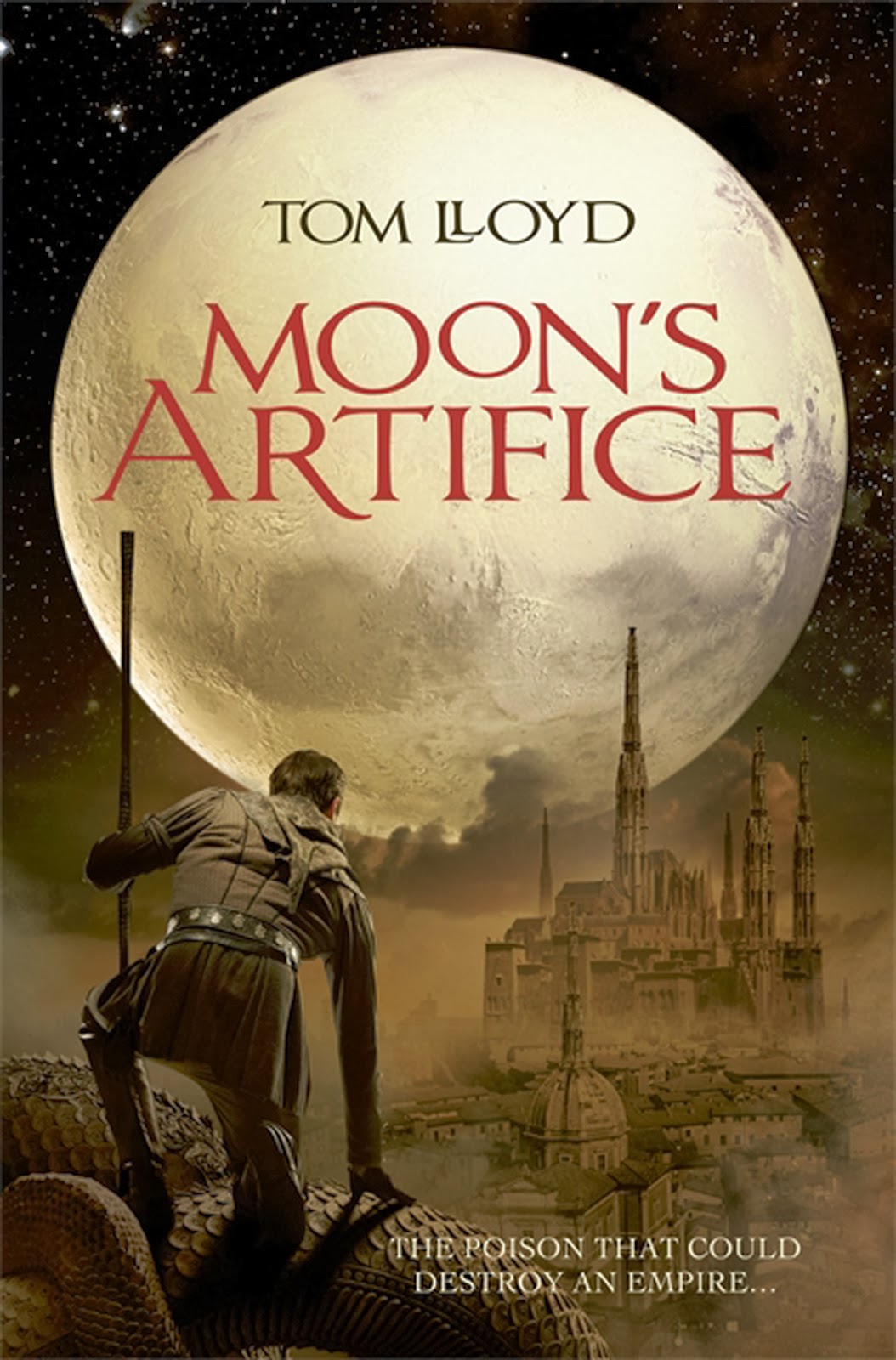 Moon’s Artifice
The Empire of a Hundred Houses: Book One
By Tom Lloyd

In a quiet corner of the Imperial City, Investigator Narin discovers the result of his first potentially lethal mistake. Minutes later he makes a second.

After an unremarkable career Narin finally has the chance of promotion to the hallowed ranks of the Lawbringers – guardians of the Emperor’s laws and bastions for justice in a world of brutal expediency. Joining that honoured body would be the culmination of a lifelong dream, but it couldn’t possibly have come at a worse time. A chance encounter drags Narin into a plot of gods and monsters, spies and assassins, accompanied by a grief-stricken young woman, an old man haunted by the ghosts of his past and an assassin with no past.

On the cusp of an industrial age that threatens the warrior caste’s rule, the Empire of a Hundred Houses awaits civil war between noble factions. Centuries of conquest has made the empire a brittle and bloated monster; constrained by tradition and crying out for change. To save his own life and those of untold thousands Narin must understand the key to it all – Moon’s Artifice, the poison that could destroy an empire.
________________________________________________

Having spent the last six years immersed in the world of the Twilight Reign series, Lloyd is stretching his wings, and his creative chops, launching us headlong into a new and compelling story set in the midst of the world spanning empire of the Hundred Houses.

Somewhat different to Lloyd’s first foray into epic fantasy, this series sees him playing on a stage set at the start of an industrial age, which lends itself to an exotic clash of cultural tropes that is at once both familiar and alien. Driven by a mystery, Lloyd fills the book with gods and demons, characters that leapt off the page and have kept me up way past my bedtime.

I always look towards a new work by a favoured author with a mix of excitement and trepidation. What if they are unable to re-create the magic that enthralled me in their previous work? Luckily that has not happened here. While the Twilight Reign was more traditional fantasy, The Empire of a Hundred Houses moves out of that comfort zone but contains enough of what makes Lloyd’s work his, and that is unmistakable and utterly readable.

I highly recommend this book and am looking forward to the next!