The Importance of Beta-Readers

When I began dreaming of writing an epic fantasy novel, a long time ago, I imagined that I would write a first draft, polish it up in a second draft and then send it on its merry way to publication and bookshops all over the world.

Time and experience can change many beliefs and ideas; that belief happens to be one of them for me.

As I moved into work as bookseller I became exposed on a personal level to the authors whose books I loved and sold. I got to talk to them about writing and their process and kept hearing about the importance of good beta-readers. I was not, at first, convinced. This wouldn’t apply to me surely. I knew what I was doing. I had a plan.

Thankfully some part of me was open to the possibility that I was not perfect (?!?!?) and neither was my writing.

As I was procrastinating working on the first draft I was approached by an Aussie author who wanted a male POV on a new book they were working on. And thus did I look behind the Wizards curtain to see what was going on and what a beta-reader can do for a writer. 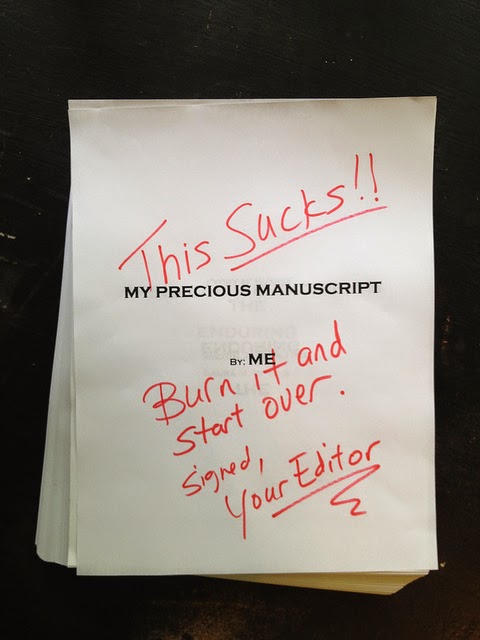 So as I meandered through various drafts of my own WiP I began asking people if they’d be willing to beta-read my work when it was ready. Of course that ‘ready’ took longer than I expected, however when it was I had a team of readers ready to go.

They are all people I know – I personally wouldn’t be comfortable giving my work to someone I didn’t know, although there are some schools of thought who believe that people who do not know you will be more honest in their feedback. Well, knowing my beta-readers beforehand did not help to soften their punches. I had to crawl away and have a cry in a dark room after some of the feedback…

Beta-readers can pick up dropped threads in the narrative that you haven’t noticed because it’s in your head. They can wince at and point out the turns of phrase that you thought were beautiful and poetic but don’t quite read the way you thought they did, or maybe they don’t make any sense at all. They can talk to you about scenes that might lack something or character motivation that just doesn’t work for them. Or they might talk about your characters in a way you never imagined, a way that brings a whole new angle or insight to the experience. Maybe. Maybe not, but hopefully they will give you feedback that will make you think.

(It is entirely possible that a beta-reader can do more than this and I am just not utilising them properly. I am certainly open to learning more. I’ve heard Brandon Sanderson has a whole google doc spreadsheet thingy happening for feedback here beta-readers can see each other comments and discuss ‘amongst themselves’ the feedback being provided, and that specific questions are asked for specific passes over. But he also has an assistant to help co-ordinate that and I am just not that organised… but I am looking into it for the next book!)

Of course, on occasion,  a beta-reader won’t give you any feedback at all. Either they weren’t able to read the manuscript because of time issues or just because they didn’t connect with the story. And this is okay. A beta-reader is doing you a favour and everyone experiences a book differently.

Just remember that you can’t please everyone and you shouldn’t try. You have to write the book you are writing. Your beta-readers are a sample audience and can give you a glimpse at reader reaction – as well as an audience for the for work you have been slaving over for so long.

The feedback I have received – both good and confronting – has given me a map of what I need to do to make the book a better, more polished version of itself. It has highlighted (for me) my own strengths and weaknesses and has given me a check list that I will use in the self-editing of my next book BEFORE I send it out to readers…

And it’s not over yet. Once this re-write/tweak is done I have a few more people in line to read it (or as the case may be, to re-read it and comment on the text after changes) to give me more feedback before I look for an agent and/or submit.