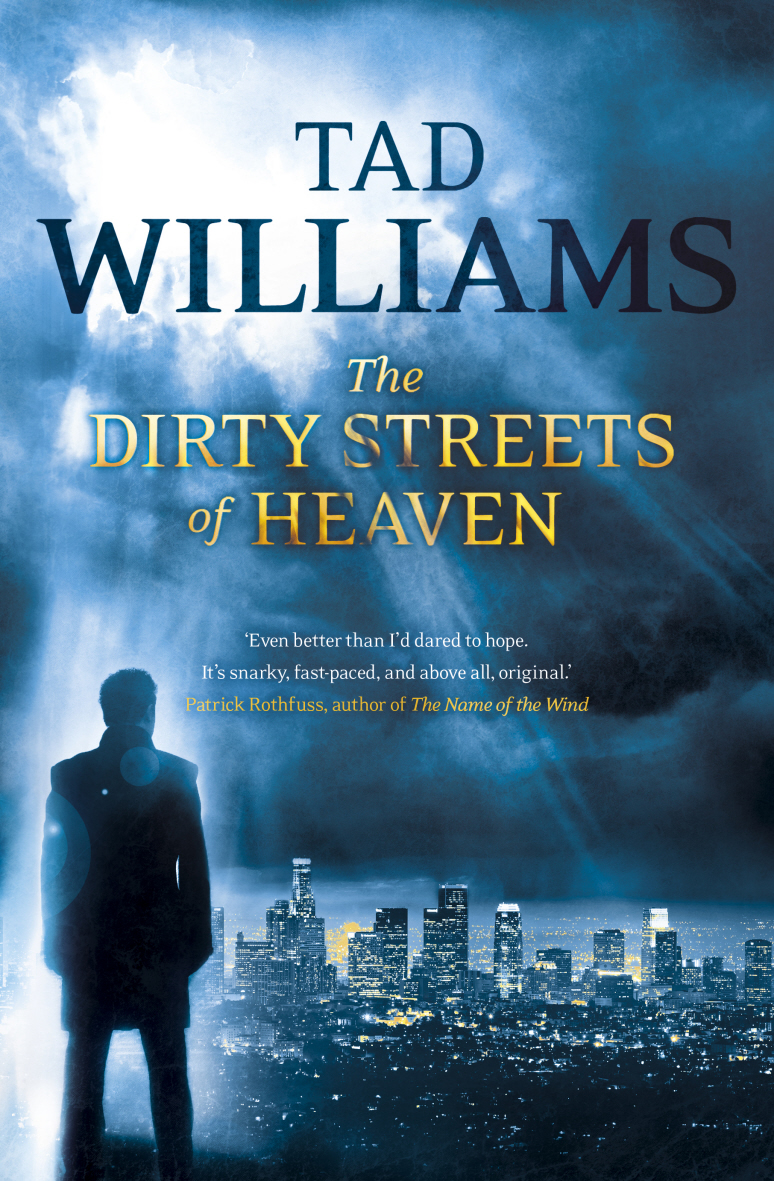 And for my 3rd interview on behalf of Booktopia, I subjected Tad Williams to our 10 Terrifying Questions!

I grew up in Palo Alto, California, the college town for Stanford University and one a birthplace of modern technology.  But when I grew up, it was a little slower, less money-oriented, and I grew up with the idea that it was more important to do something I liked with my life than to make money.  (Not that money was bad, just that it was a tool, not an important thing in and of itself.)

When I was twelve I was losing interest in being an archaeologist and beginning to think I’d be a comic book artist for Marvel.  By eighteen I had transitioned pretty thoroughly into my “rock star” prep years.  By the time I was thirty, I’d realized that writing was going to be a better long-term plan, especially since you didn’t have to work with drummers.  But although I worked in suit-and-tie jobs for years, the idea I might do that as a career was poison.  I grew up in the ’60s, remember.

That when I felt like I was right about something, I WAS right, that I actually had objective memory of things.  And that my personal tastes in music and art were something other than subjective, and that failing to rise to my tastes was an indicator of failure on the part of others.  I’m much less certain of things now, and I like it better.

I was one of those people who fell in love with Tolkien early.  I read THE LORD OF THE RINGS first when I was eleven or so.  I think it was the idea of created worlds and imaginary history that grabbed me.  I was also very influenced by Jack Kirby and Stan Lee’s early Marvel comics and by Dickens.  And later, GRAVITY’S RAINBOW knocked my socks off and made me want to be a grown-up writer.

Art, theater and music are a whole different set of influences.  JASON AND THE ARGONAUTS, THE TIN DRUM, and PERFORMANCE all got into my brain, just for instance.

At the time, I was beginning to think about artistic projects I could do on my own, in my own (free) time, since I was working a couple of jobs and scheduling was an issue for things like music and theater.  I was living with cats for the first time, so I took that amusement/astonishment and my interest in worldbuilding and came up with my first novel, TAILCHASER’S SONG.

6. Please tell us about your latest novel…

THE DIRTY STREETS OF HEAVEN is the first of a series of angel noir novels about Doloriel, aka Bobby Dollar, an earthbound angel.  Bobby tells the story first person, and so it combines my love of crazy situations, monsters, complex worlds, and aggressive fictionalizing, and adds lots of (dark) jokes and a faster pace to my usual suspects.

My ideal trifecta is: first, entertained; second, surprised; third, ideas and questions creeping up long afterward.  I love genre fiction because I like the tradition and the formality — if you write a mystery, you’d better solve it in a way that makes sense and that the reader thinks is fair — but also that you can be as artistic as you want if you also keep the readers’ interest.

I remain fascinated by Pynchon’s fractalism, by Dickens sweep of character and event (and humor), by Hunter S. Thompson and James Thurber and Barbara Tuchman and Michael Moorcock and many others, and the joy that is sharing a smart person’s mind for a while.  I’ve lived thousands of lives by being a reader, and if I can add to that for some others, that’s a pretty cool legacy and a pretty good job.

To get better every book.  To keep challenging myself.  To have people quiver before me and nudge each other and whisper, “He’s a writer, you know.”  And to spread my evil legacy through many other kinds of stories — film, television, games, stage plays, and souvenir commemorative plates.

Write and read.  Read and write.  Don’t just read the kind of stuff you’re writing — in fact, make that a small percentage of your day-to-day experience.  Read broadly.  Also, write regularly.  Don’t waste energy talking about it until it’s done.  Be real about the characters and situations you invent.  And finish things.