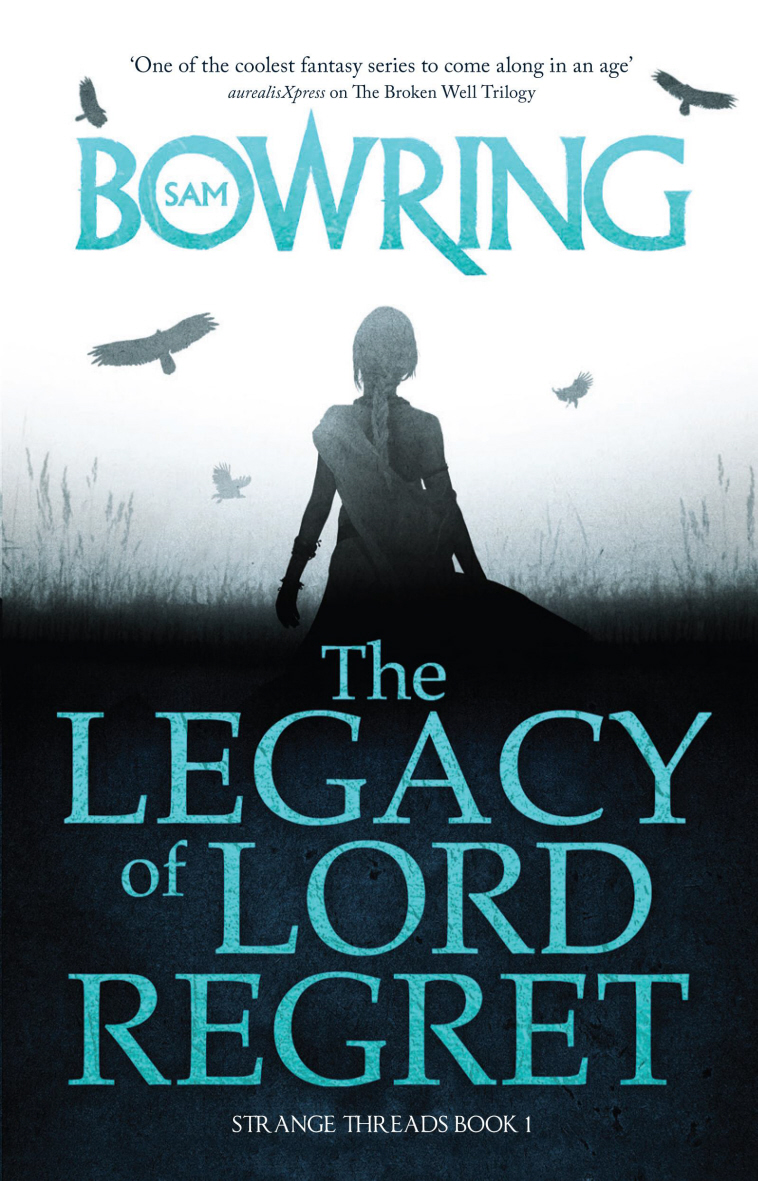 Book One of the STRANGE THREADS duology. Centuries have passed since the Wardens slew the tyrant Lord Regret, but while the Wound that he ripped in the sky remains open, the earth trembles and the sun vanishes without warning.

The great warrior Rostigan wanders Aorn, weary of battle and unwanted renown. With him travels his lover, the minstrel Tarzi, who hopes she may soon witness further deeds from him worthy of song and tale. Despite Rostigan s reluctance to re-enter the world, she may get what she wishes for . . .

And now for my second interview for Booktopia – Sam Bowring!

I was born in Sydney, raised in Glebe, and I went to Fort St High back when uniforms weren’t compulsory. Looking back on some of my fashion choices, I kinda wish they had been.

Perhaps uninterestingly for any sense of progression, the answer to all of them is ‘a writer’. If we went back to six, I could say ‘the owner of a reptile farm as well as a writer’. As for why, I suppose world-building has always appealed to me – it’s about as close as I can get to being a god or a wizard in real life. I also very much like the flexible hours, and the ability to entertain without actually having to be there.

That getting a hair cut is not important.

1) The Hobbit – my first fantasy book, read to me by my dad when I was small.
2) The Labyrinth – a great movie, stands up easily to all the CGI stuff these days, with such an inspiring and colourful host of characters.
3) Warhammer (the game) – I have never played it, but looking at all the inventive miniatures set up on a table never fails to make me think up characters or stories.

I guess I feel it’s my native talent. I tend to think in long-form stories, and have a hard time writing anything short unless it’s for kids. I have dabbled in plenty of other stuff though. For example, I also work as a stand-up comic, and you can easily find clips of me on youtube if you’re interested. Stand-up is great because the feedback is immediate, and also you get to drink on the job.

6. Please tell us about your latest novel ‘The Legacy of Lord Regret‘…

In this story the ‘dark lord’, Lord Regret, has been dead for three hundred years, but the damage he caused the world is ongoing, and the fabric of reality is coming undone. Those who slew him (a group of powerful threaders called the Wardens) were changed by the experience, emerging from it corrupted and with strange special powers. The story pretty much started with ideas about these characters – for example the main villain Forger is like a fantasy land serial killer, who literally feeds on pain, growing stronger the more he causes, or the more he takes away. And if taking someone’s pain away sounds like a nice thing to do, imagine the heartless, empty person you leave behind when you rob them of the ability to fear or empathise.

I like to write completed stories with definite endings, as opposed to series that never finish – I find this much more fulfilling and I hope that readers do to. I also hope to give them some weird-arse dreams.

I read Robin Hobb quite religiously. She achieves a great balance between the fantastical and human drama. The Farseer Trilogy is especially a favourite.

There is a large Federation house in Glebe (the suburb where I grew up) that has a big garden and turrets, which I imagine would be excellent to write in. So my goal is to become successful enough that I can one day knock on the door and say:

After I move into the place, it goes without saying that I will immediately set up a laser tag/mirror maze in the basement.

Write it first without getting bogged down in re-reading too much. It is much easier to go back and edit once a work is completed, than to try and get it exactly right the first time. Also, keep an ear out for what publishers are specifically looking for. My first children’s book was written to the specifications of a series for which I knew a publisher was looking for titles. A good start these days is checking websites, since most publishers have submission guidelines and what they are currently interested in.