I spent the weekend going over the last two chapters I had worked on last weekend. It seems I had forgotten a rather large thing I had meant to change (I really must go over my notes before I start writing) – so I had to go back and change it.

I am now facing two or three coming chapters where I need to at last introduce the two characters I removed from the first half of the story. So potentially I will be adding some of the words I had removed back into the draft. Actually there is no ‘potentially’ about it, I am going to have to.

But I don’t think it will be to bad – although writing the new stuff will be a ‘joy’ – it’s not that I can’t write it, it’s just how many times I am going to have to go over it to make it ‘work’.

In the meantime I have received from Gollancz an ARC (Advanced Reading Copy) of Miles Cameron’s debt novel The Red Knight – which you may recall I spoke of here.

Well I still stick to my guns about their choice of cover, but on this at least they have worked the blurb to match Orbits, and all of that aside I am really enjoying it.

I love finding new author’s who’s next book is already going onto my ‘To Read’ list before I’ve finished their first one.

I will say however that the comparison to Martin they have on the back (George R. R. Martin) doesn’t really work for me. I understand why they use it but to do the book justice you need to be truer to the feel of the narrative and the world building – if I was selling it in store I’d be looking at fans of Mark Lawrence and Joe Abercrombie rather than Martin – although I wouldn’t steer them away from it. And maybe a dash of Scott Lynch as well.

More to come when I am finished.

The Red Knight
Traitors Son #1
By Miles Cameron
BUY IT 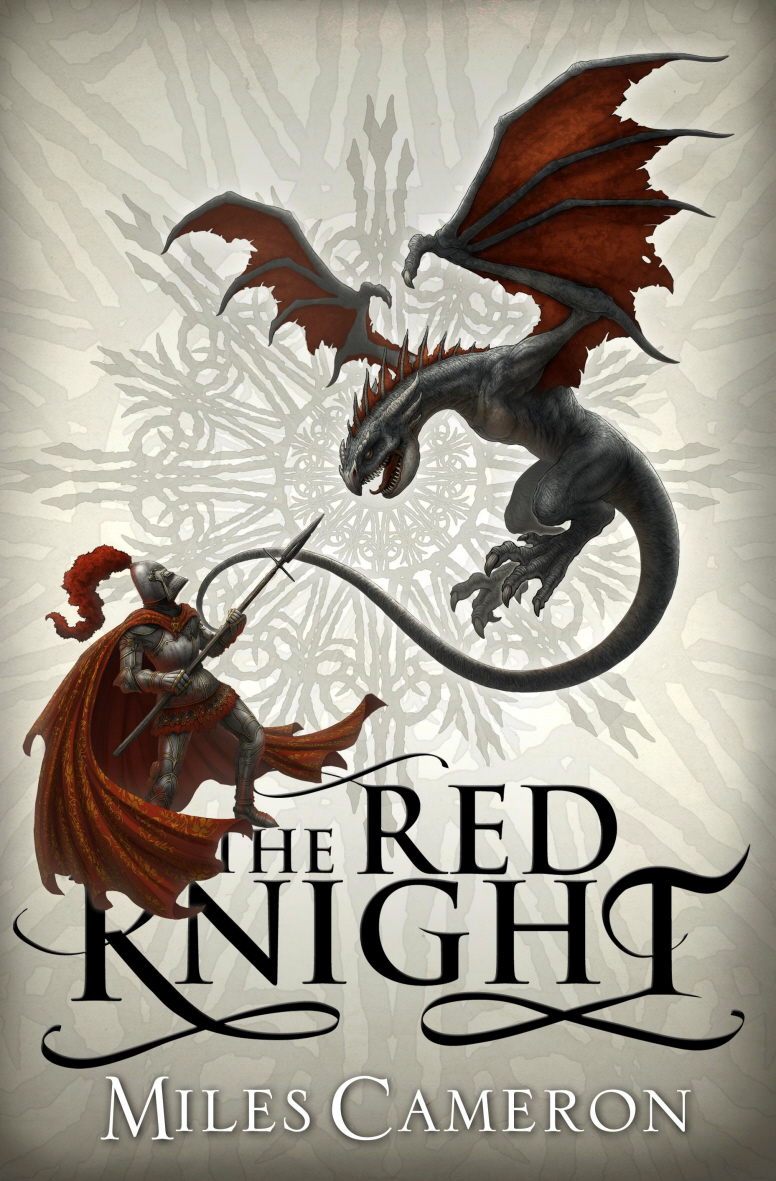 Twenty eight florins a month is a huge price to pay, for a man to stand between you and the Wild.

Twenty eight florins a month is nowhere near enough when a wyvern’s jaws snap shut on your helmet in the hot stink of battle, and the beast starts to rip the head from your shoulders. But if standing and fighting is hard, leading a company of men – or worse, a company of mercenaries – against the smart, deadly creatures of the Wild is even harder.

It takes all the advantages of birth, training, and the luck of the devil to do it.

The Red Knight has all three, he has youth on his side, and he’s determined to turn a profit. So when he hires his company out to protect an Abbess and her nunnery, it’s just another job. The abby is rich, the nuns are pretty and the monster preying on them is nothing he can’t deal with.