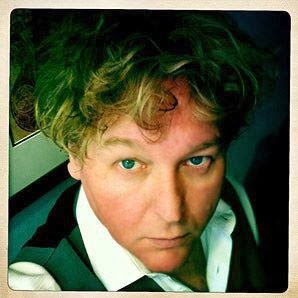 I was born, raised and schooled in Sydney, Australia. Nothing terribly exciting, or controversial. I’m the eldest of five children, raised in a loving and supportive environment, so there’s not a lot of baggage associated with my upbringing. My parents saw that I was creative at an early age, and encouraged me to explore that part of myself–along with my studies, and sports.

When I was twelve I wanted to be a pilot, because I loved the idea of flying. When I was 18 I really had no idea, being conflicted with the various choices of university, and work. I ended up drifting from thing to thing until I ended up in IT when I was 20. At 30 I think I had my head screwed on better, and was managing teams of people working in the human space of an IT outsourcer, as well as some of the creative elements of services and solution design. I loved the people element but did the job because it was lucrative. 🙂  Nothing particularly philosophical about that. I was living with my partner at the time, and she and I just wanted to have the money to do whatever we wanted to do. I was writing, or drawing, in various capacities throughout those years: I’ve always done something creative.

That people should be treated for who they are and what they do, rather than judged on gender, religion, sexual orientation, skin colour, or any of the other ridiculous measures that have been put in place over the years. Treat people with kindness and respect, and help those less fortunate than yourself. Simple human values.

Way more than three.  🙂 Most of my influences are from books or films, as they informed the kinds of stories I write. Dune, by Frank Herbert. Homer’s Iliad and the Odyssey. Beowulf. Weaveworld and Imajica by Clive Barker. The Book of the New Sun by Gene Wolfe. The Wizard of Earthsea by Ursula K. Le Guin. Most of Shakespeare’s tragedies . . . I think anything that demonstrated a sense of grace, integrity, honour, kindness, and wanderlust in the characters.

Because I’m judgement impaired?  🙂  No, I chose to write a novel because it was, for me, the best way of exploring the stories that I wanted to tell. There’s a beauty in language, and the way it can transport us, that I find compelling.

6. Please tell us about your latest novel The Obsidian Heart… 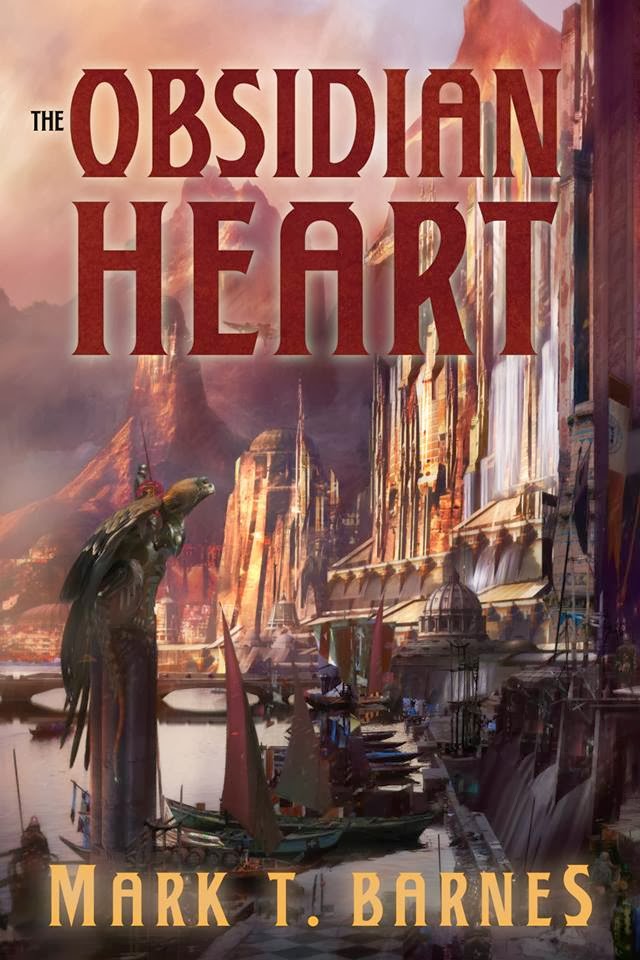 The Obsidian Heart is the second in my Echoes of Empire series. It’s a story of adventure, action, magic, and love, set in a sweeping world with rich history and cultures, and intense political machinations. Like The Garden of Stones (the first book), it’s both character and story driven. Unlike a lot of fantasy, it has strong, motivated female characters who hold positions of authority and influence. I’ve never understood sexism, so chose to make women and men equal in all ways in my books.

I’m writing to entertain. I hope that people can, while reading my work, forget their troubles and engage with a different world, interesting characters, and be curious enough and excited enough to want to keep turning the page. Forward, preferably.

That’s a long and varied list. The ones I admire most are those who’ve told brave stories, and dared to challenge what the genre looked like: people who wrote something different, and people who wrote something that challenged their readers. I think we stagnate if we remain still for too long, and speculative fiction should have us speculate on different worlds, cultural mores, histories, gender roles, etc. Amongst the people I admire are Frank Herbert for Dune, which is still one of my all time favourite books for its scope, vision, and depth. Gene Wolfe for his Book of the New Sun (and other work), where his use of language and world building is exceptional. M. John Harrison for Viriconium, for the same reasons as Gene Wolfe. Steven Erikson, for the depth of his world building and his bravery to drop readers in the deep end from the beginning: China Mieville for the same reasons. Joe Abercrombie for the way he writes such great characters, some you love and some you love to hate. George R.R. Martin, for his getting his work on the small screen, and helping publishers realise that readers do want something big and complex that they can get lost in. Neil Gaiman for his ability to move between genres, and keep his readers engaged as he does so. Clive Barker not only for his talent and originality, but for his openness about his life and how he lives it. There are more, but I would be writing this answer for a while.

To be honest, anybody who puts finger to keyboard, and places themselves in the public domain with their work, has my respect and admiration. It’s a long, difficult and competitive road that authors are on. To get where they are is a triumph of determination and talent in and of itself. Self published authors are included given how much effort they go to, to develop and promote their own work. Being published is a great feeling but there’s a lot of work to get there.

To see some of my work on television within the next few years. Any television producers reading this, please feel free to get in touch with my agent.  🙂

Be persistent, be patient, and grow a thick skin. There are a lot of writers published, with more waiting. Your work is going to be compared to a lot of different authors: it’s the nature of things. Because one person doesn’t like what you’ve written, doesn’t make it bad. It means that the person in question prefers other work, so don’t take it personally. The same goes for agents and publishers. They need to be passionate about a project before they’ll put time and money behind it. Write often. Read widely. Get better at your craft. Learn from those who’ve paved the way before you. And write what you love!

Thank you for playing.

Read my reviews of The Garden of Stone and The Obsidian Heart.