Trinity Rising
The Wild Hunt #2
By Elspeth Cooper
BUY IT 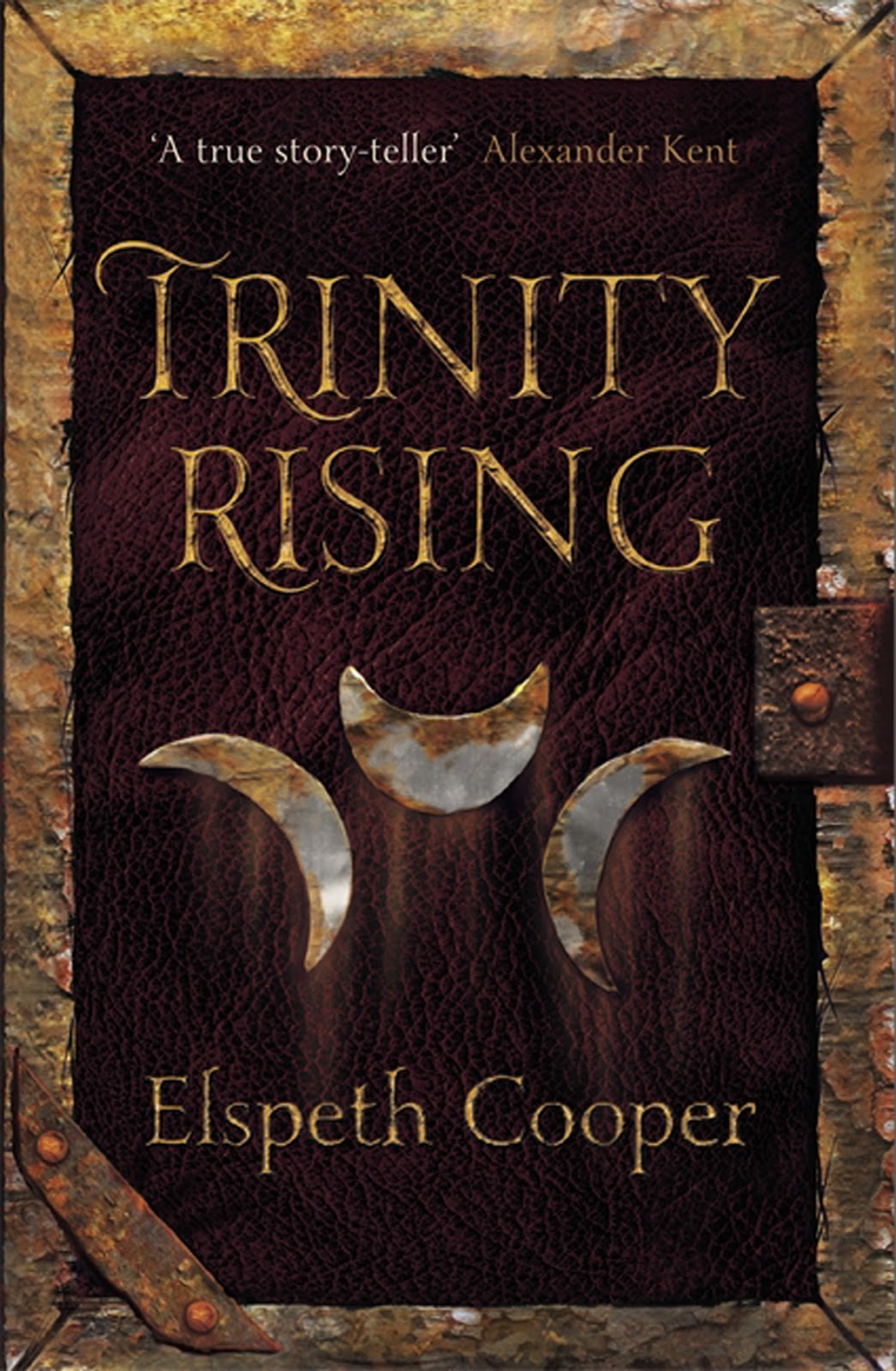 Gair’s battle has only just begun and yet his heart has already been lost. As he struggles with a crippling grief, still outwardly functional but inwardly torn into pieces, he sleepwalks into a situation that’s greater and more deadly than he or Alderan ever anticipated. A storm of unrest is spreading across the land and they are going to be caught up in it – at a moment when Gair’s hold on his magic, his greatest defence and most valuable tool, is starting to slip…

He is not alone in noticing the growing unrest and sensing something darker looming behind it. Beyond the mountains, in the bitterly cold north, Teia has seen the signs as well. After hundreds of years of peace her people are talking of a risky invasion to reclaim their ancestral lands her Speaker claims the gods are on their side, but Teia fears another, hidden hand of stirring her people up. Whatever the truth, all she can see in her future is blood, battle and death. If she could only see a way to avert that fate.

Following on from a solid debut in 2011 with Songs of the Earth, Elspeth Cooper returns with the next book in The Wild Hunt series and stretches her wings to fly.

While this tale is a rather straight forward epic fantasy the style and grace of Cooper’s prose comes across as that of a much more accomplished writer and its astounding to know this is only her second book. Well second published.

However it does show in the choice she makes in the structure of the narrative.

Trinity Rising begins halfway through The Songs of the Earth’s storyline by retelling certain events from the point of view of Sarin, the books antagonist, and fleshing out for the readers who he is and what his motivations are. This provides a neat foil to introduce a new, and probably now my favorite, character Teia, whose story is set amongst the Nimrothi clans adding spark and interest in what was – for me – a confusing way to start given we were left for almost half a book before we ‘catch up’ with the timeline to find out what happened with Gair, the main character of book one .

Teia’s introduction also heralds the presentation of strong female characters in Cooper’s world. Now strong females are a hallmark of fantasy fiction but the only reason this is noticeable in Cooper’s work is that the first book focused so tightly on Gair that the women (and indeed most everybody else) took a back seat. Trinity Moon presents a much broader canvas for Cooper to play on. And she does it well making the story explode in Technicolor by virtue of characterisation.

Book two of The Wild Hunt is a an epic adventure that ramps up the tension that was built in The Songs of the Earth, adding  more depth while opening the world and the story to new possibilities and greater scope.

Many epic fantasy writers have had PR trumpets blasting their impending stature as ‘the next big thing’ long before their books have been publish recently, yet to my mind most of them fall short of the mark. In contrast Ms Cooper has had some good press but nothing like some of the others I could mention, and she very much deserves it. In a market filled with those jockeying to position themselves as the heir to Jordan and Martin and the like, Elspeth Cooper is walking side by side with such ‘new’ voices as Peter V. Brett, Helen Lowe and Mark Lawrence. Her writing is crisp and clean, it engages the reader and paints a vivid picture as the story grows from the comfortable familiarity of ‘traditional’ into its own unique song that marks her as a writer to watch.