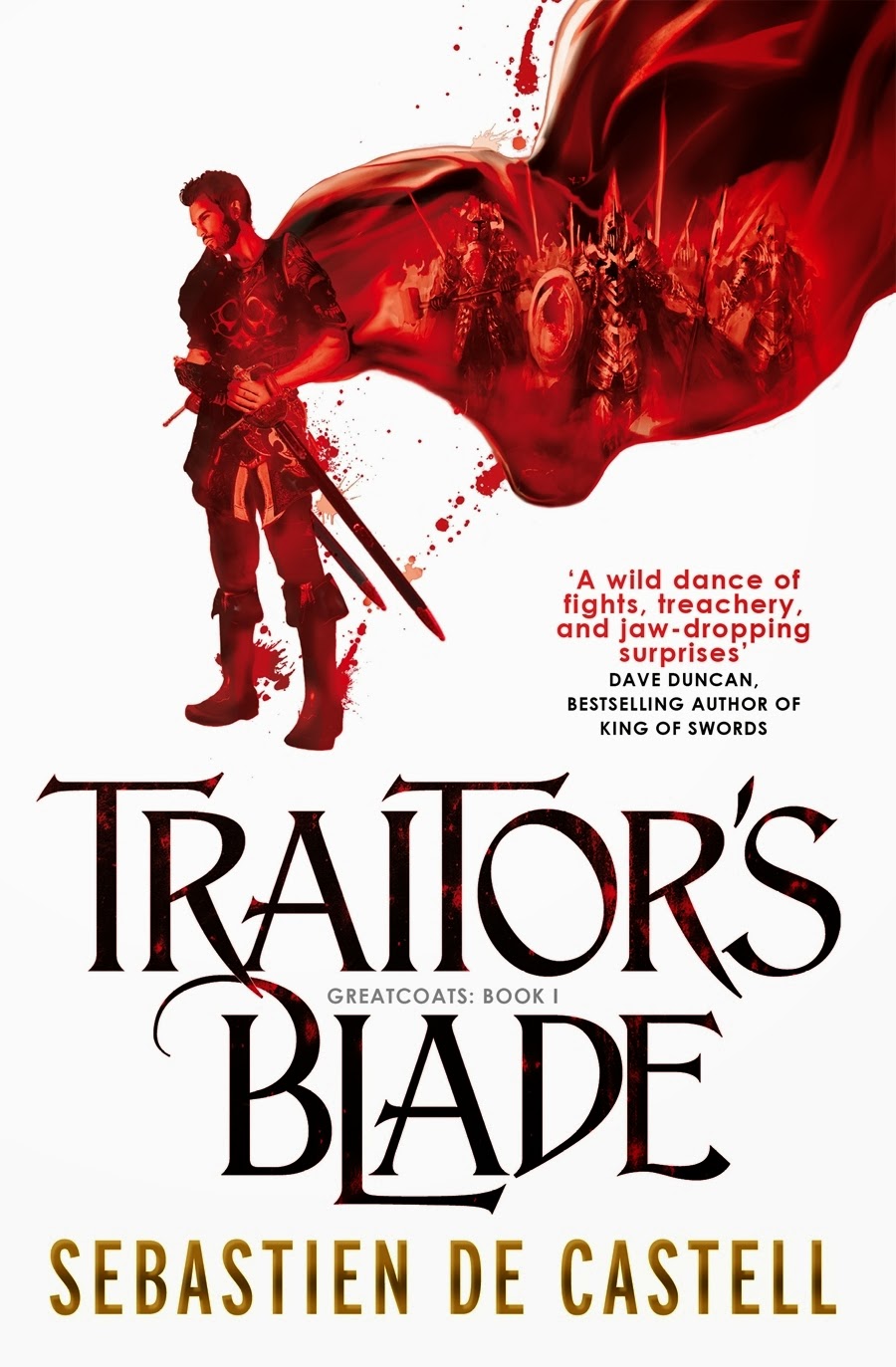 Falcio is the first Cantor of the Greatcoats.

Trained in the fighting arts and the laws of Tristia, the Greatcoats are travelling Magisters upholding King’s Law.

Or at least they were, until they stood aside while the Dukes took the kingdom, and impaled their King’s head on a spike.

Now Tristia is on the verge of collapse and the barbarians are sniffing at the borders. The Dukes bring chaos to the land, while the Greatcoats are scattered far and wide, reviled as traitors, their legendary coats in tatters. All they have left are the promises they made to King Paelis, to carry out one final mission.

Something new and a little different is the debut from Sebastien de Castell.

If you like swords and duels and intrigue and betrayal and all for one and one for all you are gonna love this.

De Castell tells his story in a fluid, inviting prose. It is much more a ‘classic’, adventure-style fantasy mixed with the grittier, darker fantasy of Joe Abercrombie and Mark Lawrence, than the chunky epic fantasy’s I normally go for , but a fun read just the same. With its ‘musketeers’ feel I almost imagine this would be the type of fantasy novel that Dumas might write.

De Castell has a great wit, melding sarcasm and humour, a dashing sense of style, I would hazard a guess, as dangerous skill with the sword as he has with the pen.