Seven Princes
Books of the Sharpers #1
By John R. Fultz
BUY IT 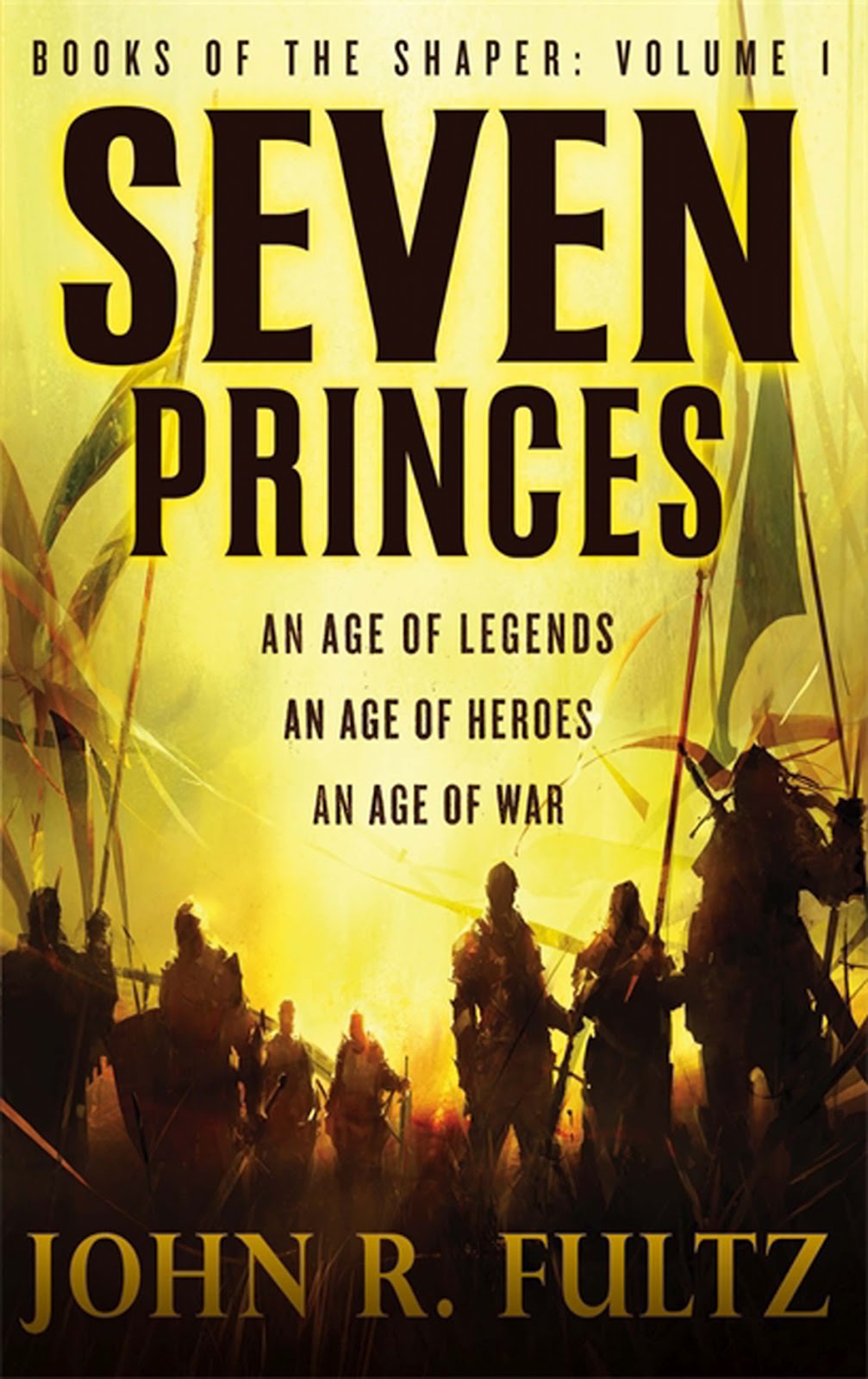 The magnificent story of an age of legends – where the children of giants do battle with ancient sorcerers, and no less is at stake than the fate of the world.

An ancient necromancer slaughters the king and his court in front of the unbelieving eyes of crown prince D’zan. From that moment, his life is consumed by one thought – to regain his throne. Others will join him, some will oppose him. In a world where men and giants fight side by side against ancient monsters and new powers, only one thing is sure – war is coming. Blood will run and princes will clash. Seven princes. Seven destinies. All will be legend.

The debut novel from John R. Fultz is an action packed tale of a man fighting to avenge his fathers murder and reclaim his birthright.

The tag line on the cover advertises ‘an age of legends’ and it is certainly filled with them, maybe a ltittle too many of them but that could just be a personal preference. Fultz is certainly inventive and has a good grasp of mythology and how the actions of men can be seen by others as larger than life, coupled with sorcery it can make them seem godlike. Legends, living and dead stride through the pages of this epic tome with vigor and it almost seems as though the progeny will never be able to live up to their father’s deeds.

Seven Princes is rife with sorcery and heroism and in many respects I’d like to compare the story telling to classic David and Leigh Eddings, however Fultz ramps this style up by washing his pages with very adult scenes of blood and violence, dark sorcery and fratricide and clearly ups the rating of this book from Eddings PG to a definite Adult rating.

The story is also filled with colour. The age of legends and the heroic deeds of the Kings preceding the princes has lead to a time of peace and prosperity in  the Kingdoms and jewel tones pepper the pages in technicolor – when they are not covered in blood.

Seven Princes is a solid, classic tale that blurs the lines between Sword and Sorcery and Epic Fantasy and I am interested to see where Fultz takes his story next as the Seven Princes become the Seven Kings.