Prince of Fools: A Review 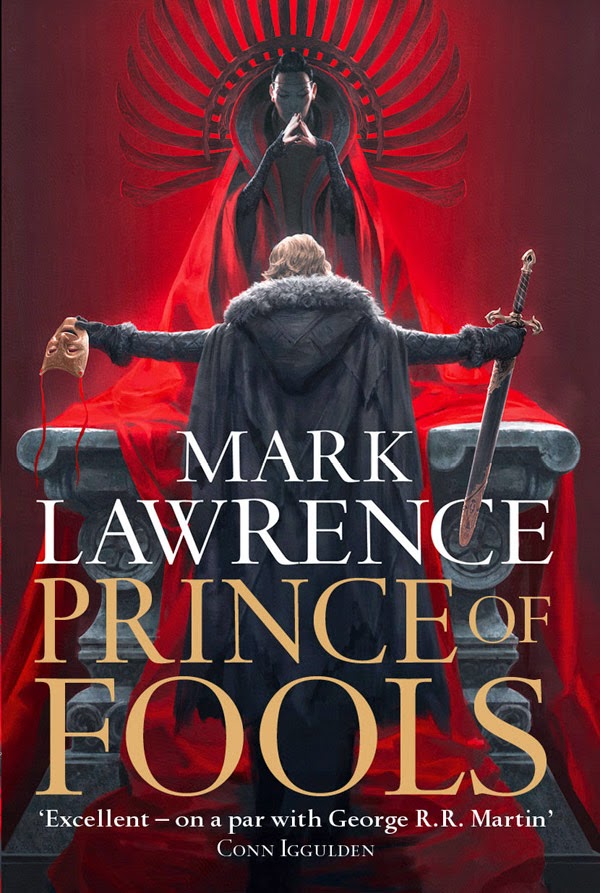 The Red Queen is old but the kings of the Broken Empire fear her as they fear no other. Her grandson Jalan Kendeth is a coward, a cheat and a womaniser; and tenth in line to the throne. While his grandmother shapes the destiny of millions, Prince Jalan pursues his debauched pleasures.

Until he gets entangled with Snorri ver Snagason, a huge Norse axe man, and dragged against his will to the icy north. In a journey across half the Broken Empire, Jalan flees minions of the Dead King, agrees to duel an upstart prince named Jorg Ancrath, and meets the ice witch, Skilfar, all the time seeking a way to part company with Snorri before the Norseman’s quest leads them to face his enemies in the black fort on the edge of the Bitter Ice.

You’ve probably heard me wax lyrical (or try to ) about Mark Lawrence before. You could even go so far as to say I am crushing on his authorial brilliance. And that would be very true. Lawrence has a vivid style of writing. It is smooth and compelling, he says much while actually writing (compared to the mammoth tomes I usually read) little.

This is the first book in a new series set within the same world as his Broken Empire trilogy. Yet for all that, while the stage is the same the story – and character of Jalan Kendeth – is different to that of the Prince of Thorns (aka Jorg Ancrath). And that’s a good thing. Who wants to read the same thing all the time? However, beware, for all that you can tell you are read a Mark Lawrence book it is very different…Until it twists and turns on the pages right before your eyes and… but I don’t want to give to much away. You’re going to have to read it.

In three books Mark Lawrence has taken himself from being a ‘rising star’ amongst the new writers of the genre to firmly positioning his place in the firmament. I urge you to get on board and start reading him now.

PrevPreviousShards of Time: A Review
NextPillars of Sand: A ReviewNext