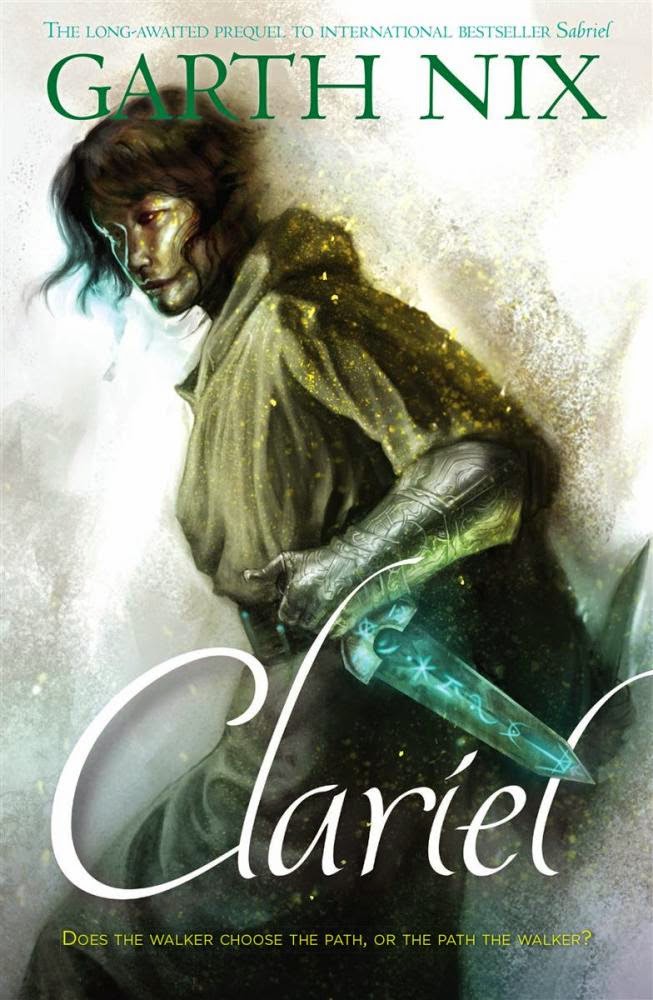 Does the walker choose the path, or the path the walker? An epic fantasy adventure, set six hundred years before Sabriel and as rich and compelling as the original Old Kingdom novels.

Clariel is the daughter of one of the most notable families in the Old Kingdom, with blood relations to the Abhorsen, and to the King.

When her family moves to the city of Belisaere, Clariel finds herself at the centre of sorcery and intrigue: a plot is brewing against the old and withdrawn King Orrikan; her parents want to marry her off to a killer; and a dangerous Free Magic creature is loose in the city.

When Clariel is drawn into the efforts to find and capture the creature, she finds hidden sorcery within herself, yet it is magic that carries great dangers.

Can she rise above the temptation of power, escape the unwanted marriage and save the King?

This book brought with it a heavy dose of nostalgia. It has been many years since I read an Old Kingdom novel, yet they still stand in my memory among the best fantasy books I’ve read.

Nix is an evocative writer and from the first page it was as though the years between my reading the original trilogy and getting my hands on this – what is technically a prequel, yet also a stand-alone book – had never occurred.

Clariel never wanted to come to Belisaere, the capital city, the only place she felt at home was in the Great Forest but her mother’s position as the head of a powerful guild and her relation to the Abhorsen means her wishes are disregarded. She struggles to find herself a place in this new life, but when she is used as a pawn her fury knows no bounds and she escapes to make her own choices.

A somewhat darker novel than the original books, Clariel depicts the Old Kingdom in the glory we had previously only read about and never experienced. And things aren’t always as they are recalled in history books. The powerful Kingdom is strangled by hierarchy and social inequality, unrest is rife and self-absorption and a disregard for the Charter all adds to wonderfully a fleshed out world that brings vibrancy and atmosphere to the stage.

Fans of the Old Kingdom Trilogy will find this an exciting addition to the story, those of you new to Nix’s work will find it a great place to start.

I hope we continue to have many more adventures in this wonderful world.