A Land Fit for Heroes

Have you read Richard Morgan’s fantasy series yet? You should. It’s awesome and book two is now out in paperback.

Gritty and in your face, Morgan deftly sidesteps the more traditional aspects of epic fantasy to bring an earthiness and ‘real world’ feel to this exciting tale of magic, mystery, war and politics, that stretches across the ages – and across worlds. Morgan’s work holds an edge that cuts through the glitter of epic fantasy (of which I am a fan) to wade through it s less glamorous underbelly and has him rubbing shoulders with the likes of Joe Abercrombie and Mark Lawrence.

This is a brilliant work, and as with any really good fantasy, I want more. Lots more! 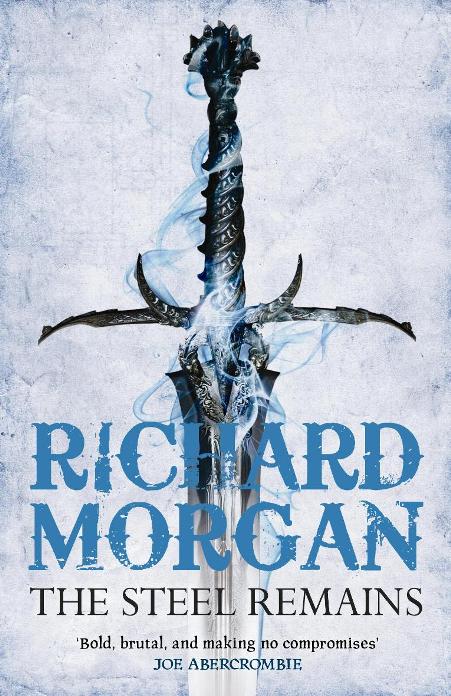 Ringil, the hero of the bloody slaughter at Gallows Gap is a legend to all who don’t know him and a twisted degenerate to those that do. A veteren of the wars against the lizards he makes a living from telling credulous travellers of his exploits. Until one day he is pulled away from his life and into the depths of the Empire’s slave trade. Where he will discover a secret infinitely more frightening than the trade in lives.

Archeth – pragmatist, cynic and engineer, the last of her race – is called from her work at the whim of the most powerful man in the Empire and sent to its farthest reaches to investigate a demonic incursion against the Empire’s borders.

Egar Dragonbane, steppe-nomad, one-time fighter for the Empire finds himself entangled in a small-town battle between common sense and religious fervour.

But out in the wider world there is something on the move far more alien than any of his tribe’s petty gods.

Anti-social, anti-heroic, and decidedly irritated, all three of them are about to be sent unwillingly forth into a vicious, vigorous and thoroughly unsuspecting fantasy world. Called upon by an Empire that owes them everything and gave them nothing.

Ringil Eskiath, scarred wielder of the kiriath-forged broadsword Ravensfriend, is a man on the run – from his past and the family who have disowned him, from the slave trade magnates of Trelayne who want him dead, and apparently from the dark gods themselves, who are taking an interest but making no more sense than they ever have.

Outlawed and exiled from his ancestral home in the north, Ringil has only one place left to turn – Yhelteth, city heart of the southern Empire, where perhaps he can seek asylum with the kiriath half-breed Archeth Indamaninarmal, former war comrade and now high-up advisor to the Emperor Jhiral Khimran II.

But Archeth Indamaninarmal has problems of her own to contend with, as does her house guest, bodyguard and one time steppe nomad Egar the Dragonbane.

And far from gaining the respite he is seeks, Ringil will instead find himself implicated in fresh schemes and doubtful allegiances no safer than those he has left behind.

Old enemies are stirring, the old order is rotted through and crumbling, and though no-one yet knows it, the city of Yhelteth is about to explode …