A Knight of the Emerald Flame

You are here:
Vignette 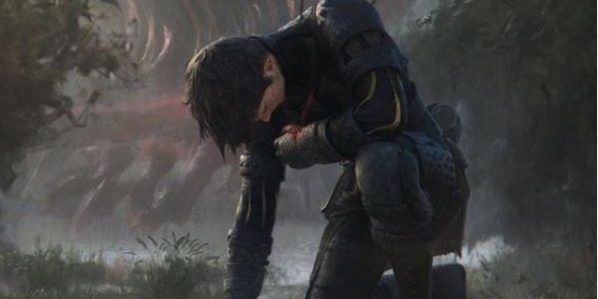 Laeroth fell to one knee, his sword splashing into the creek beside him.⁠

He tried to catch his breath but the arrow – arrows, he knew there was more than one, each strike had felt like a hammer blow – shifted as his chest moved. The pain was excruciating.⁠

He couldn’t stop the cough when it came and blood dribbled out of his mouth. He swayed, but managed to catch himself on one arm before he collapsed face first into the creek. ⁠

He’d lost his hold of Telumisere as soon as he’d finished off the Amarian blademaster. Thank Garnavaar he hadn’t lost it earlier or he’d have been a dead man. As it was, unless he could find his way back to the Sphere of Elemental Earth he’d likely die anyway.⁠

He’d been taught to focus on the Green, using his breath as an anchor, but he couldn’t breathe. The pain was too great. Even the shallow breaths he was taking now felt like his chest was being sliced open with blades of fire. ⁠

How could he find his way back to Telumisere if he couldn’t focus!⁠

He couldn’t use his breathing, couldn’t take the breaths deep enough to count… to count… ⁠

He listened. The sounds of battle were either further away than he’d thought, or he was going to black out. But he could hear his heart beat. ⁠

Da-dum, da-dum – he could feel the earth beneath his fist and knee.

Da-dum, da-dum – he pushed his senses into the cool soil.⁠

Da-dum, da-dum – the peace of the god of the earth teased him.⁠

Da-dum, da-dum, da-dum – the green light of Telumisere began to line the edges of his sight.⁠

He felt the arrows fall from his back and he breathed deeply, his lungs no-longer burning. He coughed, blood gushing from his mouth but it was only his body expelling what had already pooled in his lungs. ⁠

He was a Knight of the Emerald Flame. He’d live.